Check out our latest Spaceport Lecture!

NASA and Rice University invite you to commemorate the 60th Anniversary of the John F. Kennedy Speech!

Thinking Outside the Sphere: A life in pursuit of Space and Thoughts about the Future - Bonnie Dunbar

Dr. Bonnie Dunbar will feature highlights of her five space flight missions, including scientific and engineering research with the Spacelab and conducting the first docking with the Russian Space Station, MIR. She will review how the lessons learned in developing large space exploration programs may frame our future for returning to the Moon and human exploration of Mars. She will also discuss the nevessart intersections and partnerships involved in human space exploration and the commercial development of space, particularly as it relates to Texas and the nation. How do we inspire future generations? Without an educated and trained workforce, the United States will not be able to conduct exploration on Earth of outside of it. Dunbar will recount het own inspiration on her path: becoming an engineer, helping design the Space Shuttle Thermal Projection System, working in NASA Mission Control as a Payload Officer, flying aboard the vehicle she helped to design, and being a professor of Aerospace Engineering at Texas A&M University. 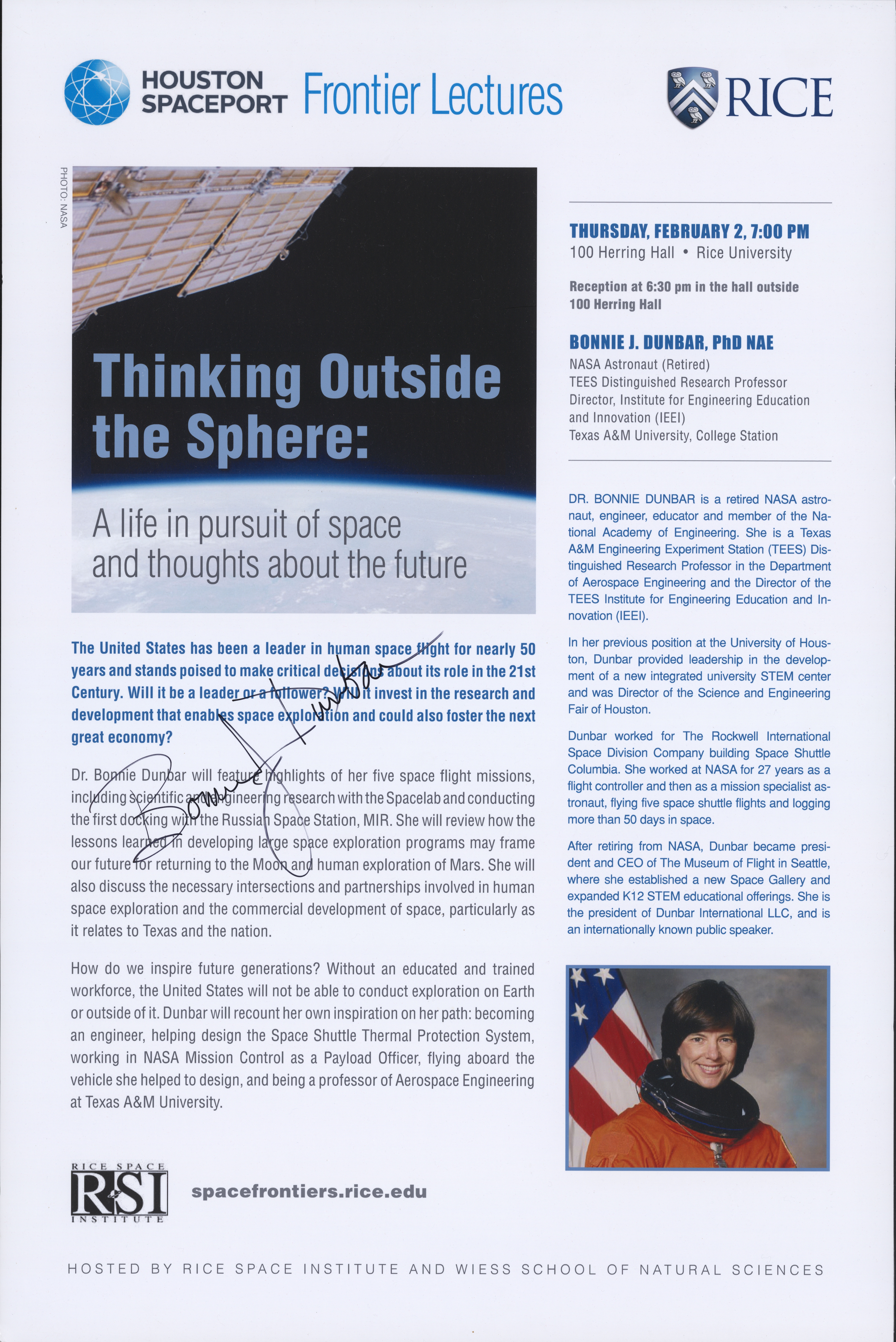