Check out our latest Spaceport Lecture!

The National Aeronautics and Space Administration (NASA) was created 60 years ago this month, changing the world as we know it by heralding in a new technological era driven by human space exploration. Three years later, Houston became the center of human spaceflight and the home to every American astronaut ever to fly in space with the creation of the Manned Spacecraft Center, later renamed the Johnson Space Center. In this talk, Victor Murray will chronicle experiences from his days as a young technician during the Apollo, SkyLab, and Space Shuttle programs, his involvement as a key safety engineer during the deployment of the International Space Station, and his current role in helping pave the way to Mars with the Orion Capsule. 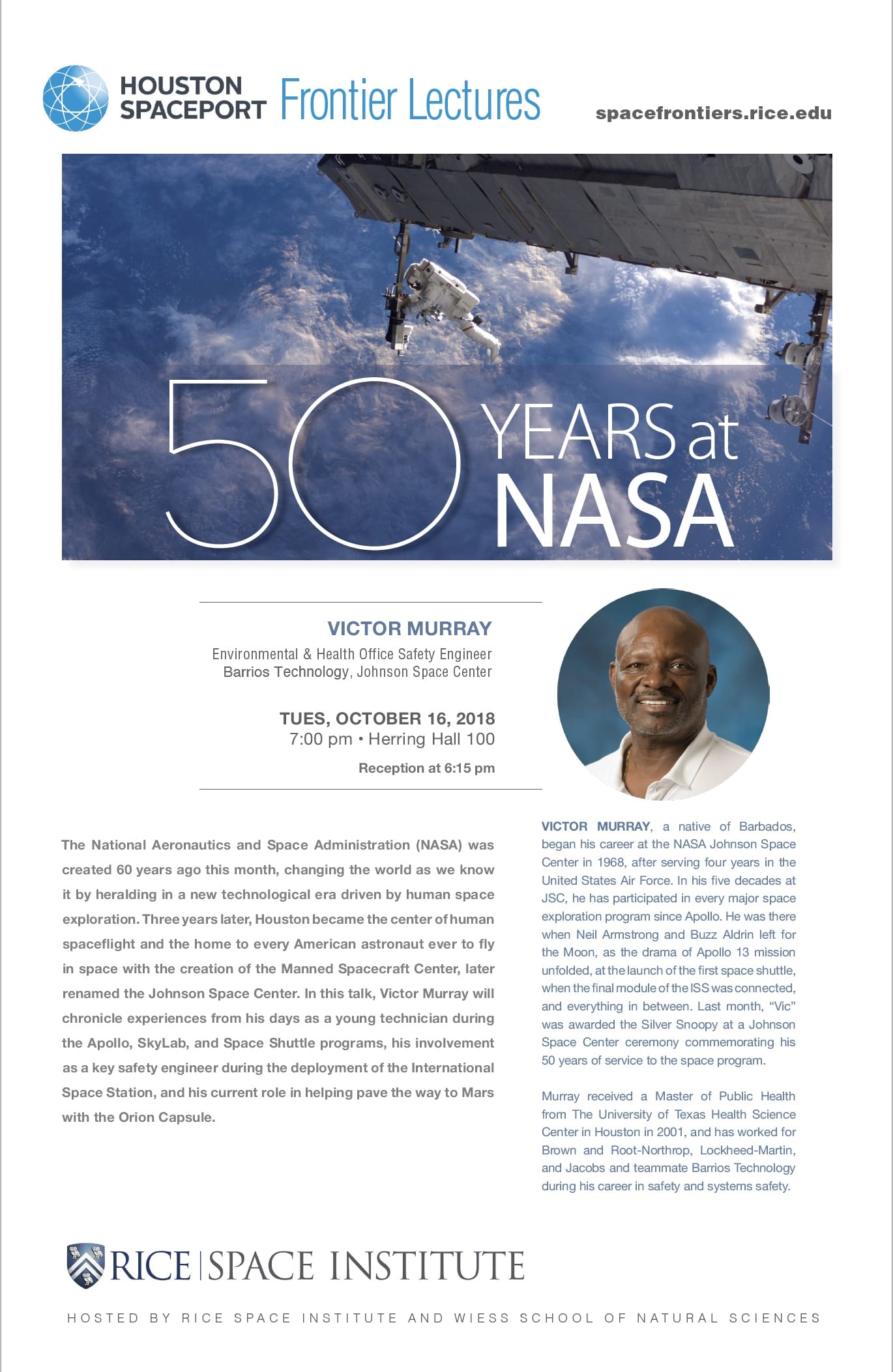